The Natural Heritage Institute (NHI) recently delivered to the Royal Government of Cambodia (RGC) and the Government of Lao PDR (GOL) sustainable hydropower development plans that include a solar/hydro alternative that would supplant the need for new dams, thereby protecting the highly productive Mekong fishery and keeping sediment and nutrients flowing to the delta, which are necessary to prevent the delta from disappearing completely due to climate change. The alternative plans that NHI delivered to the RGC and GOL are technically rigorous products of a team of world-class interdisciplinary experts.

NHI is generating credible information for key decision-makers on technically sound and economically feasible alternatives, and building technical capacity so that governments can take a proactive role in deciding in advance the locations, designs and operations of projects for which they will accept competitive applications from developers.  NHI is shifting the way governments think about their options to meet their countries’ energy needs while taking climate-smart action that protects environmental resources and human livelihoods.

NHI is now embarked on an implementation and dissemination phase to share the analytic methods and substantive results achieved in the Mekong context to propagate in other basins around the world that are facing similar threats. 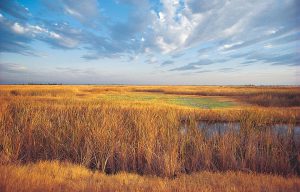